While there is no doubt that tidal power is something which can be used in years to come it is also one of the more challenging energy sources available today. The concept of using the power of the tides to create electricity is not new, with simple systems dating back to the early 19th century, it is the cost, locations and potential environmental impact which are holding back the sector today.

What is tidal power?

Tidal power in its most simple form is the generation of electricity using the tides of the ocean to rotate turbines. Many people might be surprised to learn that ocean tides are more reliable than wind energy (and even solar energy) which has attracted billions of dollars of investment in recent times. There is an array of different ways in which tidal power can be used such as turbines placed in the middle of the sea where the tides are strongest, man-made lagoons and turbines placed in seawalls. As the ocean tides depend upon varying positions of the sun, moon and earth, tidal power is one of the only renewable energy sources not wholly reliant on the sun.

We will now take a look at some of the more common tidal generation systems, how they work and what they have to offer.

Tidal barrage generation systems are different to tidal stream generators because they depend upon the height difference between high and low tides. The structures are designed in such a manner as to channel high tide waters into a large basin behind the barrage/dam. This is the potential energy which will be used to power the turbines to create electricity. When the tide recedes the water is released via large turbines which rotate as the water flows back through. The larger the tidal barrage then potentially the greater level of electricity generation. In simple terms this is a process which stores excess tidal waves behind the barrage/dam and then releases them through turbines when the tides recede. Ingenious!

Dynamic tidal power systems are a relatively new technology which seems to work in theory but has yet to be rolled out in practice. The idea is that large dams would be erected tens of kilometres in length off the coast of areas where there is significant tidal pressure. This technology would harness the natural power of tidal waves to create “tidal phase differences” across the dam leading to significant waves in shallow coastal areas. While this technology is in its relative infancy, a number of potential locations have already been identified in the UK, China and Korea. In effect this is using the power of the ocean to create man-made tidal phases which can then be used to power turbines and generate electricity.

The tidal lagoon generation system is similar to tidal barrages except that the reservoirs of water used to power the turbines are man-made. The design centres round a circular retaining wall which is embedded with an array of turbines that generate electricity as the water flows through them. They come in a variety of different forms such as with pumping and without pumping as well as double or triple wall structures. Many experts believe that other forms of renewable energy such as wind and solar could be used to power the pumps thereby making the system extremely efficient.

While tidal power schemes have been in existence for hundreds of years in their simplest form, the first tidal power station was built in La Rance in France back in 1966. It is able to create 240 MW of power and while the South Korean Sihwa Lake Tidal Plant took over as the most powerful tidal plant in 2011, creating 254 MW of energy, the Rance tidal power plant is still up there with the best. 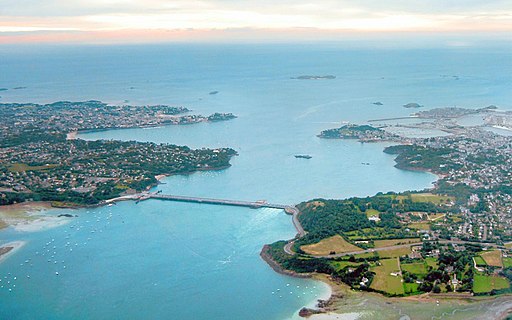 As far as the UK goes there has been enormous interest in areas such as the Shetlands and the Orkney Islands where the power of the ocean tides is extremely strong. To date the area has been used to test the most wave and tidal energy devices of any country in the world and many believe it will not be too long before the first tidal power plant is erected.

Harnessing the power of the oceans continues to prove challenging both from a mechanical point of view as well as cost and environmental impact considerations. Great progress has been made in this particular technology and the next decade or so should see an array of tidal power plants come online. As we touched on above, ocean tides are the most reliable source of renewable energy available today although the difficulty is harnessing this raw power in an efficient manner.